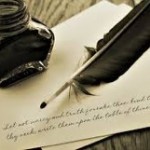 Services is only as good as the customer thinks, we pride ourselves on the persistently good reviews and comment from our clients. Have a look here for what others have said.

“I have recently returned from Hungary after having a total hip replacement. I used the services of Budapest Medical Services and I cannot praise them highly enough. From the initial contact to the day I returned home every question I had was answered fully, everything was well organised and nothing was too much trouble. I spent two weeks in the hospital where I had the operation, followed a rehabilitation, totally different to the 4-5 days that I could have expected in an NHS hospital. Costs, compared to the UK, 18 days weeks all in for around £5800 (the operation was £ 4850) operation over here for 3 nights only£14,500. I have no hesitation in recommending Budapest Medical Services.”

“I was well looked after, everything was explained about my operation. I was acompanied each step of the way and all my concerns dealt with quickly with a minimum of fuss. All in all a very positive experience, I would not hesitate to use Budapest Medical Services again.”

“I had a sterilisation by laparoscopy after my second labor a few years ago. Now I have a new relationship and wanted to do it back. First I went to my doctor who said that since it is „not medical indicated” she is afraid that it can not be covered by my insurance. So I started to looking after a place where they do it privatelly. Since I already went to Hungary for dental care I also checked Hungary as an option. I find Budapest Medical Services and I am praise the God to do it. They were fast, well organized and affordable. Dr. Bino explained me everything, before and after the operation and they took care of me. With the Hospital and the treatment I was completly satisfield. As the doctor said that the operation was succesfull, we hope that I will be able to be pregnant again.”

“I had three vaginal labor. After a while I wanted a vaginal tightening. Of course first I tried at home but since there was a long waiting row ( They said that my condition won’t be worst because of a wait) so I checked the private sector. Since I found them expensive I looked after on the treatment abroad website. I checked the costs and called those who gave the best price and conditions for me. I hesitated a lot before I traveled to Budapest… So I and my sister arrived to the airport where Attila the driver picked me up. He took me to the Hotel helped to check in thsn he took me to the doctor’s office. dr. Bino exam me and explain everything. We plained the operation the next day but sterilisation by laparoscopy after my second labor a few years ago. Now I have a new relationship and wanted to do it back. First I went to my doctor who said that since it is „not medical indicated” she is afrand the anaestheziologist suggest to postpone my surgery a few days later. First I was very disappointed but dr. Maria organized a city quide for us and also some beauty treatments for my sister so after all it was great. Than I had the operation and since the doctor used a resolvabe stiches he did not need to remove it. After a few days I travelled home. After all I am completly satisfield and I will suggest my friends to check their surgery on treatment abroad.”

“My sister Carla wanted to has a vaginal tightening abroad. She find Budapest Medical and booked the surgery with them. She asked me to go with her. So we arrived and after the doctors and anaestheziologist cons. they postponed her surgery because of a flu. So we had a few days in Budapest. dr. Maria asked me if I want some beauty treatment beacause she can organized it for me. We went to dr. Molnar who is a great plastic surgent and also do botox and fillers treatments. Since his price was much lover than in Italy I asked him to do my fillers and some botox treatment. The result was super!!! We travel there for something else but next time It is possible that I will go back to do it again.”

By Gabrielle from Aviano, Italy (December 2014. Botox and fillers)

This website uses cookies to improve your experience while you navigate through the website. Out of these cookies, the cookies that are categorized as necessary are stored on your browser as they are essential for the working of basic functionalities of the website. We also use third-party cookies that help us analyze and understand how you use this website. These cookies will be stored in your browser only with your consent. You also have the option to opt-out of these cookies. But opting out of some of these cookies may have an effect on your browsing experience.
Necessary Always Enabled
Necessary cookies are absolutely essential for the website to function properly. This category only includes cookies that ensures basic functionalities and security features of the website. These cookies do not store any personal information.
Non-necessary
Any cookies that may not be particularly necessary for the website to function and is used specifically to collect user personal data via analytics, ads, other embedded contents are termed as non-necessary cookies. It is mandatory to procure user consent prior to running these cookies on your website.
SAVE & ACCEPT